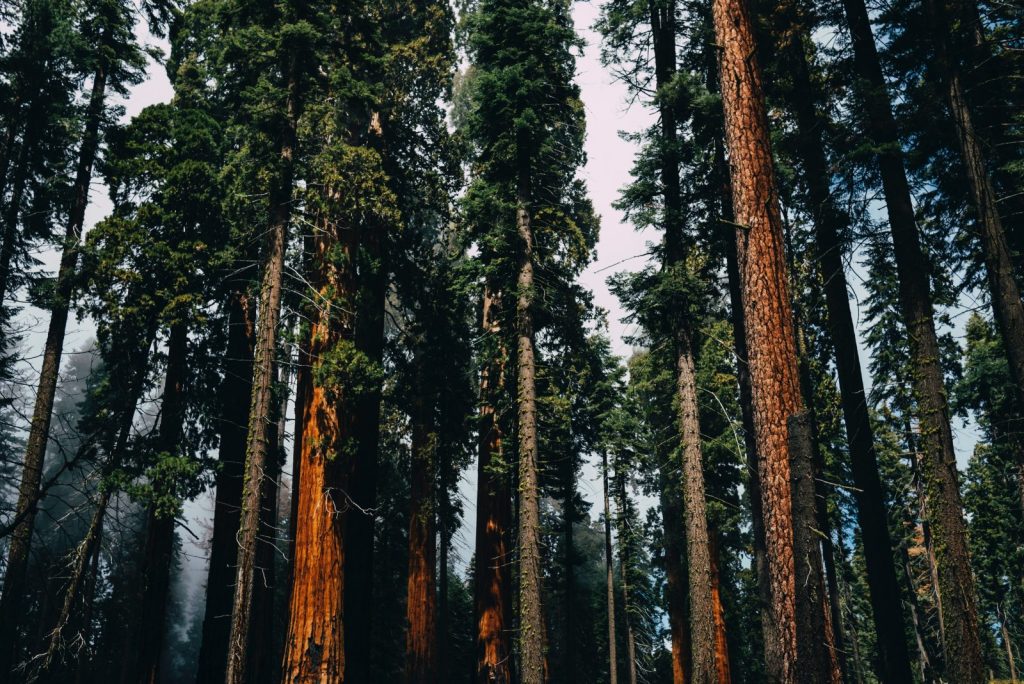 Apply for ESTA and your ESTA travel visa will take you to the Sequoia National park.

ESTA travel visa takes you to Sequoia National Park.  There is no shortage of National Parks, incredible landscapes, as well as rich flora and fauna across the United States. The country has to offer a lot of impressive natural features, some of which are the giant sequoia trees. Of course, most travelers don’t come to the US just to catch a glimpse of this magnificent species. However, you should certainly do so, if you happen to be in California. If you are planning a trip to the southwest, you should also include the Sequoia Tree National Park in your itinerary.

The Sequoia Tree: a work of nature

The Sequoia has three genera of the Cupressaceae family. However, some authors may still treat it as from the Taxodiaceae family. Although, the classification has changed after further phylogenetic studies. The name Sequoia was given in honor of a great chief of the American Indian tribe Cherokee. His name was Sequoyah.

The Sequoia sempervirens is popularly called evergreen sequoia or coast redwood. It reaches more than 90 meters in height, which is approximately the same as the height of a 30-story building. Usually, the lower branches are 45 meters away from the ground. Its trunk can reach an impressive 3 meters in diameter. The coloration of this tree can vary between reddish-brown and cinnamon brown. Its bark may have an average of 15 to 30 cm deep grooves. In recent years, this species has been planted in different regions of the world for ornamental purposes.

In August of 2006, a specimen of coast redwood was discovered in San Fransisco and was dubbed Hyperion. It is now the world’s largest tree measuring approximately 115 meters (~ 380 feet).

Check here if you are eligible for Visa Waiver Program

Meanwhile, the Sequoiadendron family – within which there is only one species, the Sequoiadendron giganteum which is known as “giant sequoia”. It is also considered the largest tree in the world in terms of volume. This is one of the largest tree species known on Earth. The oldest tree recorded is about 4,650 years old and is found in California. This species presents a thick and fibrous trunk in the base and its color is reddish. Its furrows can reach 60 cm of thickness and often serve as protection against fire.

Finally, there is also a third genus found in China, the sequoia of the genus Metasequoia. This is a unique living species that is Metasequoia glyptostroboides. This species is characterized by its leafy branches that change color according to the season. Clear in spring, blue in summer, yellow in autumn, and red in winter. Generally, this particular type of sequoia is used both in afforestation and ornamentation. And it is also considered a living fossil. These are a versatile kind and adapt to any type of soil provided they are well-drained.

Apply for ESTA, complete the ESTA application for your ESTA USA Visa here – The US ESTA Visa

It is famous for its 80-meter tall trees. The Sequoia National Park in the US attracts more than 1.5 million visitors a year. The park is located in the mountain range of Sierra Nevada, California. Its main attraction is General Sherman, the highest giant sequoia in the world regarding volume. The tree is 83 meters high and features a trunk with 33 m circumference at the base; even at 36 meters high the trunk still measures 5 m in diameter.

The trunk of General Sherman weighs 1,400 tons, which is the equivalent of 15 adult whales or 25 war tanks. You should follow a paved trail that winds through other gigantic trees in order to catch a glimpse of this giant. Aside from these “natural skyscrapers”, the area also has 200 marble caves. Those caves attract tourists for their subterranean streams and internal architecture. Their stalactites and stalagmites make you feel like you stepped into Jurassic times.

After you have explored both under and overground, a visit to the Giant Forest Museum is a must. A museum that tells the story of the famous forest that houses the sequoias and is well worth a visit. There is another attraction though, and it is worth checking it out. This is a tunnel of 2.4 m in height and 5.2 m in width. Unusual about it is, that it passes inside of a sequoia that fell in 1937 by natural causes. It is believed that the tree was around 2,000 years old when it finally fell to the ground. 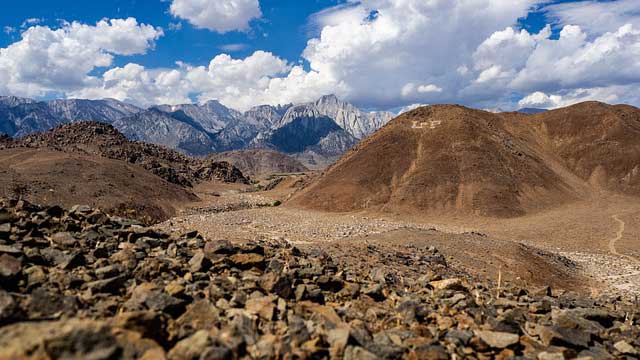 Created in 1980, the Sequoia National Park is the second-oldest national park in the United States. In addition to the giant trees, it holds another record. In the same area is Mount Whitney, considered the highest peak of the continental United States, at 4,417 m high.

The summit of Mount Whitney is on the Sierra Crest and the Great Basin Divide. It lies near many of the highest peaks of the Sierra Nevada. The peak rises above the Owens Valley, sitting 10,778 feet or just over two miles above the town of Lone Pine 15 miles to the east, in the Owens Valley. It rises more gradually on the west side, lying only about 3,000 feet above the John Muir Trail at Guitar Lake.

This would surely be another high adrenaline destination for the so inclined traveler to explore the unusual.

The most popular route to the summit is by way of the Mount Whitney Trail which starts at Whitney Portal, at an elevation of 8,360 ft (2,550 m). The hike is an about 22 mi (35 km) round trip with an elevation gain of over 6,100 ft (1,900 m). So it is only suitable for the very fit tourist. Permits are required year-round, and to prevent overuse a limited number of permits are issued by the Forest Service between May 1 and November 1. The Forest Service holds an annual lottery for hiking and backpacking permits on the Mount Whitney Trail.

Applications are accepted from February 1 through March 15. Any permits left over after the lottery is completed will go on sale on April 1. Most hikers plan to stay one or two nights camping along the route. Those in a very good physical condition sometimes reach the summit and return to Whitney Portal in one day. A single-day hike requires a “day use” permit that prohibits the use of overnight camping gear such as sleeping bags and tents. Day hikers often leave Whitney Portal before sunrise and hike from 12 to 18 hours for the round trip.